As a teenager I was first entranced by the magic of Fifa World Cup Soccer on the PC. Since the magic of that first release, I have been a fan of the Fifa series on multiple platforms.
Today I am reviewing Fifa 12, EA Games’ latest in the series, on the Xbox 360 and the Playstation 3.

At first glance, you can be forgiven for thinking Fifa 12 is simply an update of Fifa 11. Once you start to navigate through the menus, you can see the difference.
The Menus are snappier, faster to navigate. There are the usual game modes such as career mode, player mode, and player-manager mode, but there is now the inclusion of manager mode. While this is not as technical as say, Football Manager, it is still fun and gives you an insight into how this mode works. There is also a Support Your Team Mechanic. Before you play, it asks you to choose your favourite team. As you progress in the game, it will then upload points for your club to a virtual league. 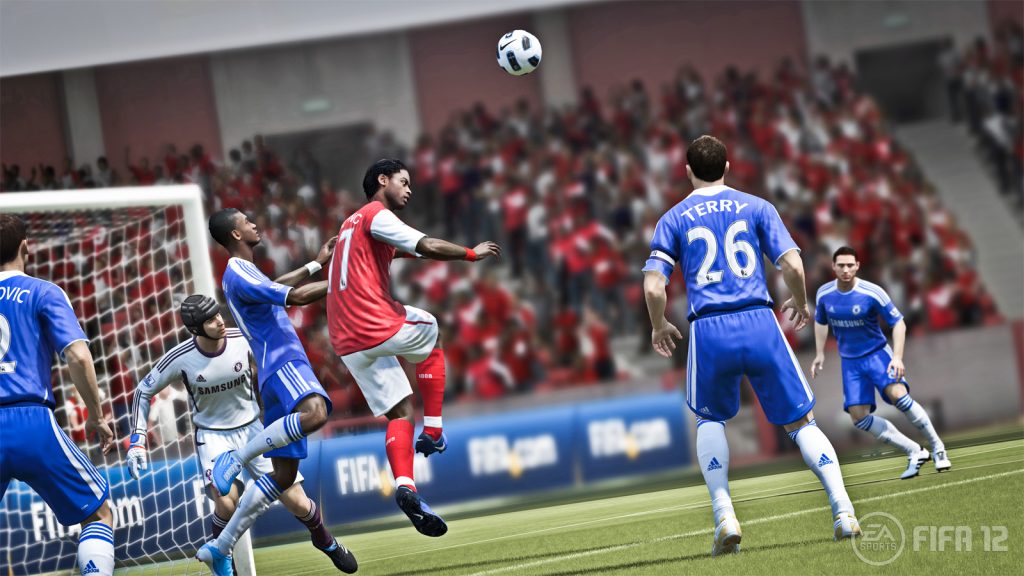 While playing I noticed a few interesting updates. The camera angle is now set lower to get you further into the action, and your attacking sprints are a little slower. The biggest feature in Fifa 12 is the new tackling system. While in the past we all enjoyed being able to sprint to the opponent with the ball and then slide tackle to regain the ball. Unless you are extremely skilled, DO NOT do this. With the new collision system, EA has included realistic results for certain types of tackles. This can be a nightmare initially, albeit challenging one. Then you settle in and start using the new tackles included, such as the shoulder-to-shoulder collision, pulling and pushing. When running to defend, you can now actually run into and disturb your team mates, giving the attacker an opening to shoot. You can also mark an attacker and stay within five feet of him without touching, then make your tackle at the best moment. Overall, this is a very attractive addition to the game, making it fun and even more realistic.

Attacking play is basically the same, and it still gives you the best feeling when after a series of well-timed passes, you see the ball strike the back of the net. Remember though, a well-timed opponents foot can clip your heel and throw your run right off.

There are still a few canned cut scenes, and the commentary is still predictably dull, but don’t let these minor flaws put you off, FIFA 12 is the best soccer game ever.