Dead Island is the kind of game that fans have been waiting for.  Unlike other zombie / apocalyptic titles however Dead Island isn’t necessarily an exploratory single player odyssey or a fast-paced multiplayer explosion.  It’s actually both; Dead Island artfully combines plenty familiar RPG-styled elements, the likes of which have been used in a great number of disparate and popular titles.  This title has been compared with dead rising, fallout, Left 4 Dead, and Borderlands among others, but in reality, it is most unlike anything you might have previously encountered.

Despite the incredible amount of things you can do in the game, the striking beauty of the environments and the sheer size of the various open world maps, Dead Island was given a lukewarm reception by most gaming critics.  This is a little unsettling because Dead Island performs extremely well in a number of categories and manages to pull this off while offering gamers a completely new gaming setup and experience.  This is truly one of the first open world quest oriented RPG’s to also feature addictive multiplayer action.   Sure, the characters and story aren’t really anything to brag about but the gameplay is absolutely amazing, which more than makes up for any shortcomings in the story.  One of the most rewarding features of the game (aside from the exploration) is the weapons customization.  While the game features the use of both (an extremely wide variety of) melee weapons in addition to conventional firearms, the sheer number of weapons present in the game is mind boggling. 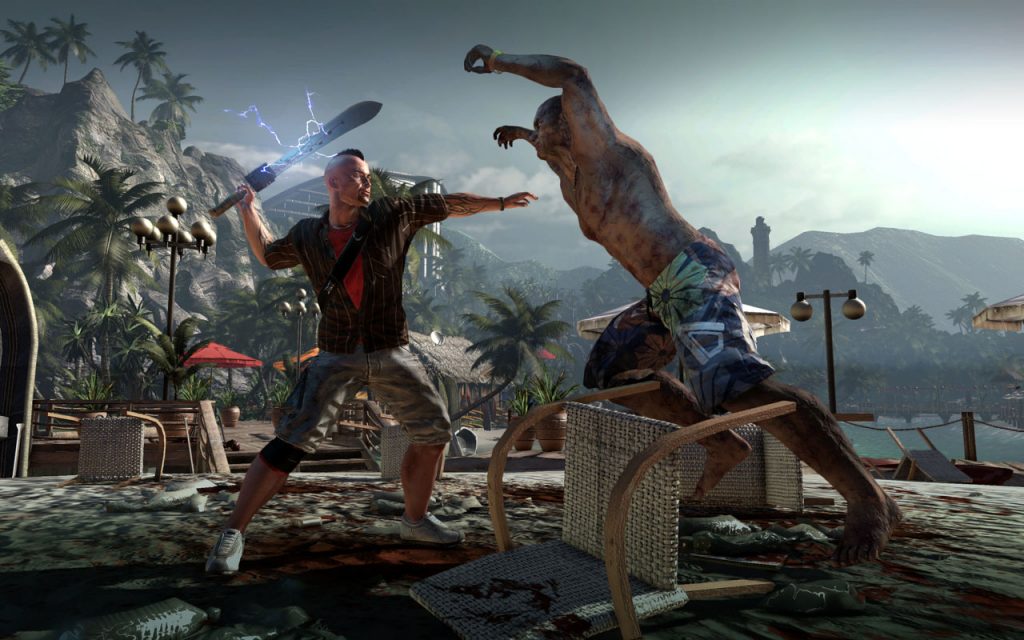 While Dead Island isn’t a true open world game like Oblivion, it still retains the same level of openness and does this while simultaneously giving you the ability to chop the undead hordes to bits with your friends.  Most people in the gaming industry were expecting Dead Island to be either a complete failure or the future of gaming. In reality, the game is much closer to being the future of zombie-oriented gaming. Dead Island is definitely a title that should not be missed.