The overall direction of game development within the realm of console-bound first-person shooters has been marked by expansion in multiple directions. First and foremost, the size of the average big budget FPS is increasing, which includes an increase in map scale(s) as well as improved visuals. Secondly, gameplay appears to be evolving in various ways, with more nuanced player movements and exciting new multiplayer features being added. Needless to say, Respawn Entertainment’s “Titanfall” certainly fulfills its role as a premier next-gen title for the Xbox One and it even manages to push some boundaries in the process.

What makes Titanfall such a great exclusive game however, is its aim to blur the line between what constitutes a single player campaign and multiplayer action. Armed with a rather loose and somewhat standard story, Titanfall isn’t really trying to “hard-sell” you on dramatics or loads of options. No, this title was designed for one thing – providing an impressive platform for great team-based action and gunplay. Within its confines you get to explore a wonderful sci-fi-ish world which is satisfying both in terms of its design as well as context. 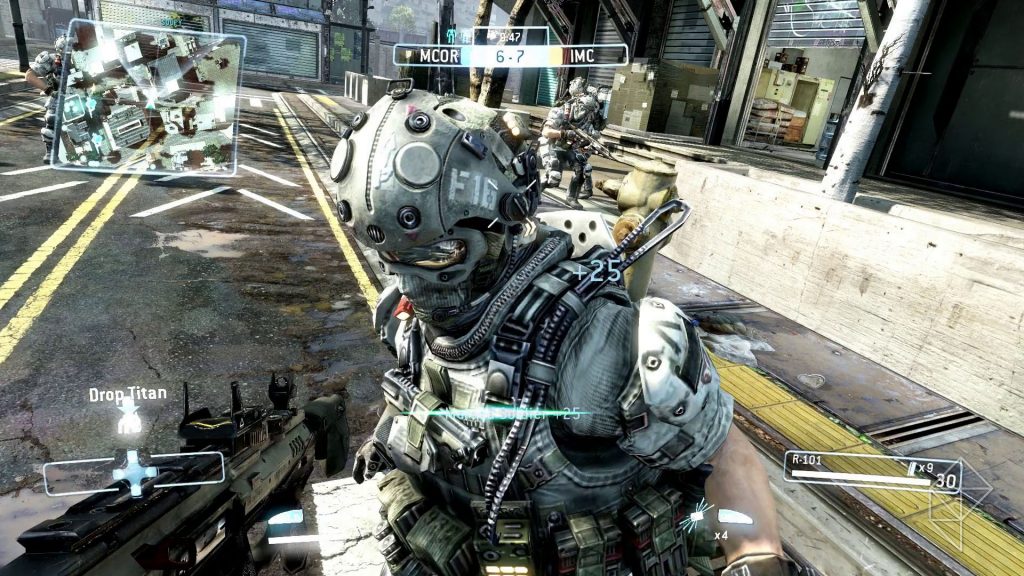 In game, you have two options to choose from: 1.) Move about as a nimble “pilot”; basically a single human character with some crazy nimbleness and rocket boots. Or number 2.) Climb inside your giant mech fighter, aptly called a “Titan” and unleash a barrage of heavy weapon fire on enemies. Of course you’re not invincible when inside of a Titan either, in fact, if you’re not careful you can be rather easily dispatched with a few carefully placed attacks. In other words, while you might be inclined to think that it’s always a great idea to be hulking around in your giant robot armor, the truth is that there are also some great perks to be gained as a pilot. More creative players will probably find the athleticism, explorative capabilities and smaller stature of a free-runner to be all they need to get the job done.

As far as visuals are concerned, Titanfall is truly a beautiful game to behold, even in light of all the hype that’s been surrounding it. Every facet of the title seems to be oozing detail and graphical prowess; from trashed tunnels to shaky, crumpling buildings, there’s plenty of ground to cover as well. Titanfall’s rather unique approach to delivering a horizontally expansive map, as well as plenty of additional areas both high and low, make it a dedicated multiplayer gamer’s best friend. In other words, there’s a very intriguing sort of strategy element buried within the level design itself, where there are multiple ways to undermine an opponent’s position or get where you’re going. In short, it’s very easy to get lost in the beauty of the scenery – you might find yourself wandering around in a daydream when you’re supposed to be providing support for your teammates. 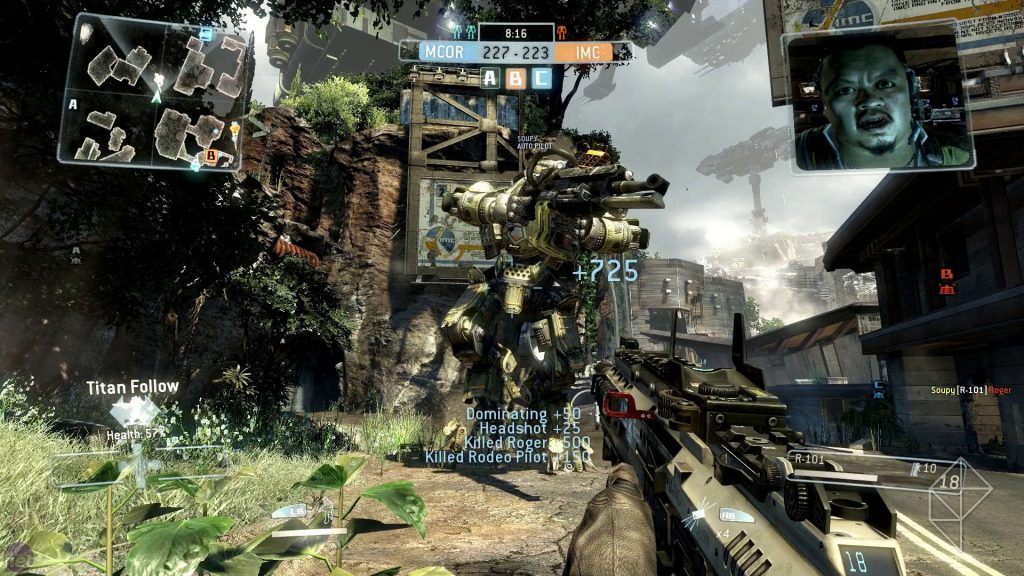 With 5 multiplayer modes in tow, Titanfall certainly won’t disappoint. For instance, there are more traditional offerings such as “capture the flag” and “hardpoint domination”, as well as more specific modes like “pilot hunter”, where you receive points for wiping out human-controlled “pilots”. The game’s scaling is carried out courtesy of cloud computing services, which allows for greater optimization in terms of graphics as well as server performance.

To make a long story short, if you own an Xbox One (or an Xbox 360 / capable Windows PC) and you love multiplayer-centric FPS games, “Titanfall” won’t disappoint. This is a game which melds together a rather simplistic and fun gameplay core with amazing visuals and environments. All in all, a wonderful title which really should be on everyone’s “need to play” list.